Ground rent reforms and how to deal with claims going forward 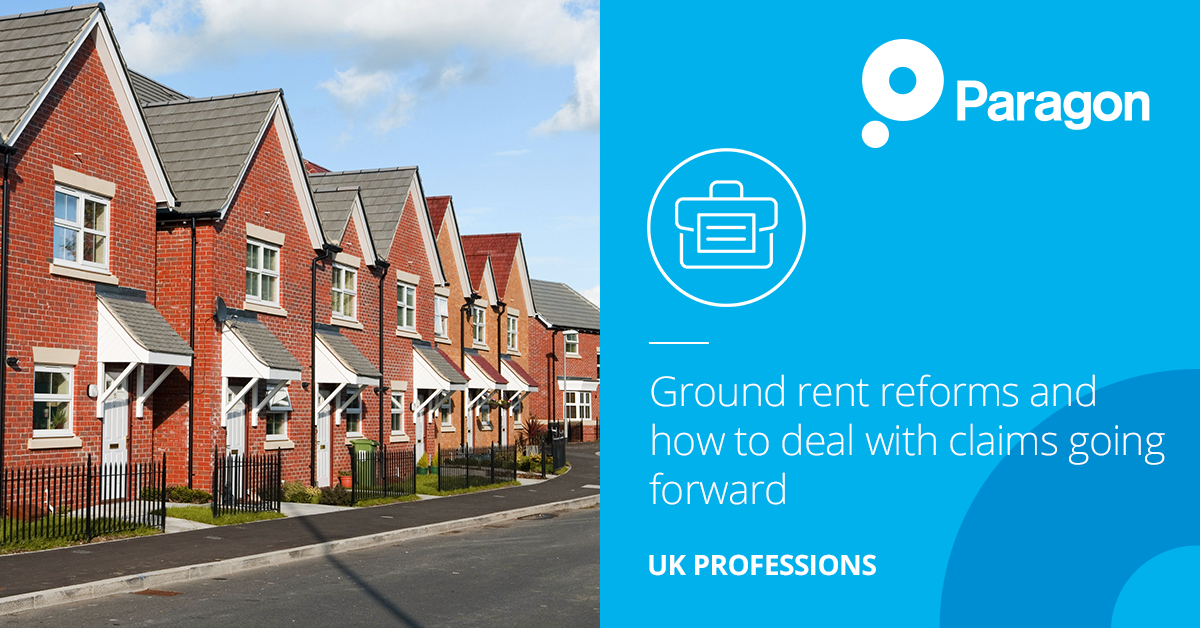 The UK government has announced extensive reforms to allow leaseholders to extend their lease by 990 years and reduce ground rents to nil. The new legislation forms the first part of the package of reforms proposed by the Law Commission last year.

The practise of selling new build houses on a leasehold basis – and retaining the right as landlord to charge onerous fees as ground rent or service charges – has been used extensively over recent years by residential housebuilders as a generative additional income stream. The existence of escalating ground rent provisions in leases – which in extreme cases allow ground rent payments to double every 5 or 10 years – has become under increased scrutiny in recent years. This much-criticised side-line has often resulted in purchasing homeowners becoming trapped, as the lease provisions are sometimes so onerous that their properties effectively become unsellable as banks are unwilling to offer mortgages.

In our experience, some housebuilders, who were subject to significant political pressure, were willing to negotiate a buy-out of the escalating ground rent provisions.   Others would force the home owner down the costly statutory process to purchase the freehold.  Professional negligence claims against conveyancers who have failed to identify escalating ground rent provisions in leases and/or inadequately advised prospective buyers on the implications of such provisions have become commonplace in recent years. These claims are usually challenging to defend and conveyancers often find themselves liable for the leaseholders’ costs of extending their leases

Whilst the housebuilders’ commercial approach was welcome relief to the conveyancers’ insurers in terms of liability exposure, the aggregate defence costs incurred in investigating and defending high claims volumes continued to be a concern.

The reforms will introduce a number of changes:

The reforms will be welcomed by both leaseholders and conveyancing solicitors alike, whose bargaining position in any lease extension process will undoubtedly be strengthened going forward.

Whilst conveyancers may remain liable for leaseholders’ costs of extending their leases, those costs are likely to be lower and more transparent. This should assist without-prejudice negotiations and result in lower settlements – possibly within your professional indemnity insurance excess.

If you have any open circumstances, which have not yet become claims, it may be sensible to await implementation of the reforms before progressing matters. In this vein, if you are approached by a client raising concerns regarding the ground rent provisions in their lease, the client should, in the first instance, be informed of the above reforms which are due to be implemented shortly and the possible impact of these on their situation. Of course, if a claim against the firm seems likely, the client should be advised to obtain independent legal advice.

Going forward, the removal of ground rent provisions in new leases will undoubtedly dampen this current trend of claims against conveyancers – a development which will be welcomed by conveyancers and their professional indemnity insurers.

Whilst the reforms are intended to relieve leaseholders (and their lenders) who have become “trapped” by the escalating ground rents, the proposed reforms will be a welcome intervention into claims against conveyancers and their insurers.